With plenty of sights for film fans to geek out over and enough natural scenery to keep every traveller enthralled, a trip around one of the world's most beautiful countries is a win-win for everyone – even if you don't know your elves from your orcs.

Experience the best of New Zealand on your own schedule. Pick up a car rental in Auckland and embark on a roadtrip through Toikien's Middle Earth.

Travel South from Auckland to Hamilton, then take the hour trip east to Matamata. Here, in the heart of the Waikato region, you'll find the Shire.

This mesmerising 10-acre site allows visitors to wander around Hobbiton Village, visit Bag End and see the details of the Hobbit holes up close. Guided tours of the Hobbiton movie set depart frequently from the Shire's Rest Café and conclude with a drink at the Green Dragon Pub – just keep an eye out for any shifty-looking hooded patrons... 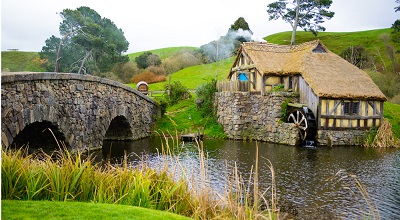 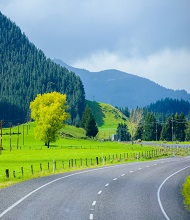 In the heart of the North Island, just south of Taupo, take a detour to the Tongariro National Park and find yourself in the midst of Mordor. This part of New Zealand is home to the majestic Mount Ruapehu and the towering Mount Ngauruhoe – also known as Mount Doom.

Take a hike up the mountain and gaze across the plains below, imagining how the crew used the area for the Mordor scenes in the Lord of the Rings trilogy. In winter, the Tongariro National Park becomes a favourite haunt for snow sports fans, the cold weather bringing equally impressive scenery and tempering the chance of encountering a fiery all-seeing eye. 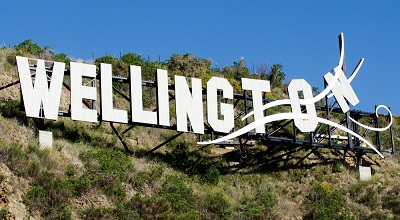 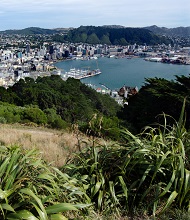 As the production base for all six Peter Jackson movies, Wellington – or Wellywood as it has been coined – is home to a plethora of Middle Earth themed paraphernalia.

Travel to the bottom tip of the North Island and start with a tour of the famous Weta Cave and Workshop for an insider's peek at the props and workings of the Miramar production team. See what goes on behind the scenes and check out the weapons and models – including three giant trolls – that were used throughout the Lord of the Rings and Hobbit movies.

In and around Wellington, a number of movie locations including Rivendell can also be found, while the centrally-located Mount Victoria was featured in the first Lord of the Rings instalment. Climb up the bush trail to re-enact the Shire scene where Frodo and company jump off the road to hide from a black rider, then soak in the views from the dazzling Mount Vic lookout.

For those just starting their Middle Earth journey, book a car hire in Wellington to see the sights of the area before heading for the Interislander Ferry – the best is yet to come. 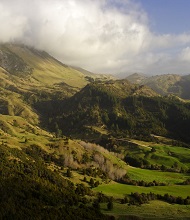 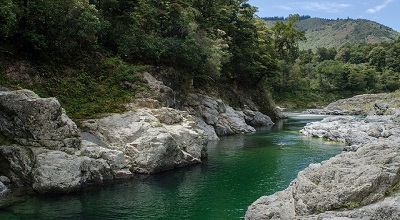 Cross the Cook Strait to New Zealand's South Island and head for the enchanting Pelorus River. Situated halfway between Blenheim and Nelson, this is the filming location for the thrilling 'dwarves in barrels' scene from The Hobbit: The Desolation of Smaug. Take a kayak tour down the river and imagine Orlando Bloom as Legolas, running alongside the water in hot pursuit of those nasty orcs.

Continue on to Nelson where many of the films' props were created, including the precious One Ring itself which was forged by Jens Hansen Jeweller. You can even buy a replica movie ring here to take home. Just try not to get too attached. 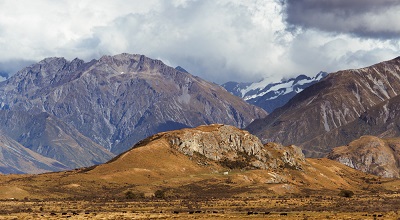 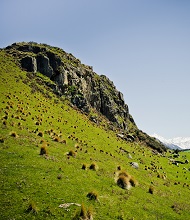 Mid-way down the South Island, the plains and mountains of Canterbury are home to New Zealand's loftiest peaks, providing the perfect location for many Middle Earth battle scenes.

From Christchurch, depart on an exploration into the unspoilt beauty of Rohan and Edoras, also known as Mount Sunday. Although the set itself has been removed, the natural scenery of this area is a sight to behold – with snow-capped mountains and sparkling lakes, you'll feel like you're in a movie yourself. 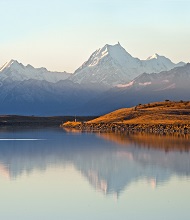 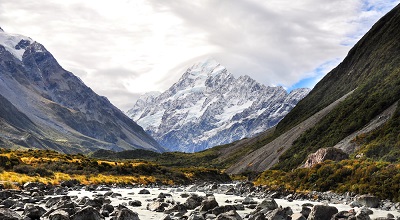 As New Zealand's highest mountain, Mount Cook, or Aoraki, was the obvious setting for Peter Jackson's Lonely Mountain. Located approximately four hours west of Christchurch, Mount Cook is an iconic pilgrimage for Hobbit fans, and it certainly does not disappoint in terms of scenery.

Travel to Lake Pukaki for a stunning view of the mountain over the water, then travel further around the lake to the Tasman Downs Station, the setting of Lake Town. Nearby, the town of Twizel was used to represent the city of Gondor in the Lord of the Rings trilogy. 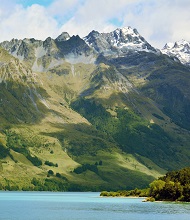 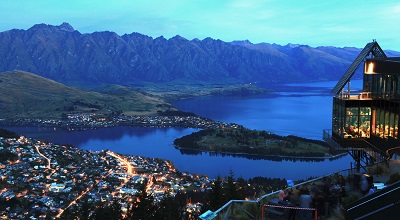 Continue down the South Island to the stunning city of Queenstown. Aside from the abundance of outstanding natural scenery and a reputation for being the 'Adventure Capital of the World', Queenstown is also home to many Middle Earth filming locations. Perhaps the most iconic is the Remarkables mountain range – known as the Misty Mountains in Tolkien's world – which is located at the northern end of Lake Wakatipu near the village of Glenorchy.

From here, walks, treks and boat tours can take film fans and nature lovers on a spectacular journey around movie locations such as Minas Tirith, Isengard, Lothlórien and the Mines of Moria. You're going to want to remember your camera for this one.

Ready to explore the sights of Middle Earth? Book your rental car at Auckland Airport and set off for the full self-drive experience.

Pelorus River image by Jeff Hitchcock. Licensed under CC BY 2.0. 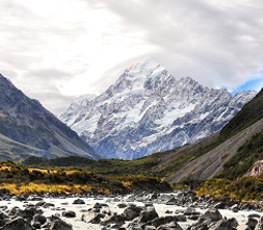